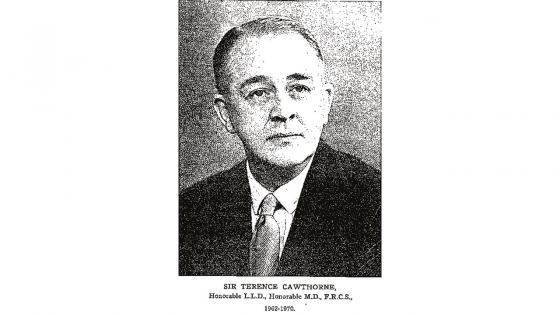 Sir Terence Cawthorne was born on 29th September 1902 in Aberdeen, Scotland, where his father worked as a customs official. His early education was at Denstone College in Staffordshire. From there he moved to King's College Hospital in London to embark upon his medical career.1 Although he only spent a limited time in Scotland, (his parents returned South in his early childhood), he placed considerable pride and importance upon his Scottish birthplace.

More in this category: « Management of Otitis Media with Effusion and Recurrent Acute Otitis Media A Rapidly Enlarging Neck Mass in an Infant »

Make sure you enter the (*) required information where indicated. HTML code is not allowed.